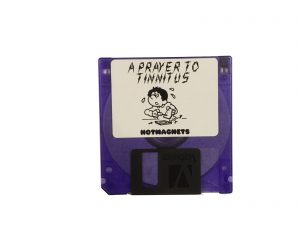 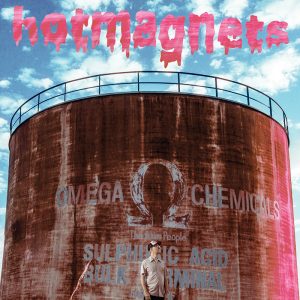 welcome to the orbital sounds of hotmagnets

From the outer realms of Sekiden comes the magnetic pulse of hotmagnets.
Such warm polarities of oscillating diodes crest the waves of the hotmagnets sound.

It started with a Fuzz when I was 15, then a phaser, a flanger, and a chorus… strange sounds!
I was hooked. I would obsessively hunt down dusty drum machines, creaky organs and wobbly vintage synths in Pawn Brokers, OP Shops, Garage Sales and dumps!

Spinning uniformly into modulations of subtractive synthesis alights this debut hotmagnets album – Omega Chemicals. With the previous bands SEKIDEN and then Undead Apes winding down and the tinnitus winding up Simon started to take the electronic projects/experiments more seriously –
“…something I could do musically without the irreversible field loss of my hearing. This is just over two years worth of honing and whittling down what were sometimes up to 20 minute long experimental noises into something that resembles “songs”. Please enjoy these sounds from the Magic Mile”.

“The synthesizer is as important, and as ubiquitous, in modern music today as the human voice.” FACT magazine

SATELLITE
The first switch is flipped with this liquid jam oozed into the orbit of a tropicalia from space.
Vocals icing this carefully composed gem come by the ever talented starwand Seja Vogel.

Omega Chemicals drifts in from the synthesis.
Album out JULY 16
– available chemically clear or fusion hotpink with bonus floppy disk features A PRAYER TO TINNITUS
And the full album download day prior to release date.